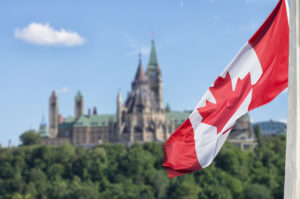 VICTORIA—Dan Woynillowicz, policy director at Clean Energy Canada, made the following statement in response to the federal government announcing its next steps for pricing carbon pollution:

“The federal government has laid out a straightforward process for delivering on its commitment to establish a national price on carbon pollution. The expectations of provinces and territories are clear, and the timeline is reasonable.

“In Canada, many provinces have already implemented and benefited from putting a price on carbon pollution—doing so in ways that meet their unique needs. After all, Canada is a country of vast and varied regions, which is why the federal government is offering flexibility—though not without the certainty of a federal backstop.

“This approach strikes the right balance and will ensure Canada joins the ranks of other nations using carbon pricing as an efficient, effective way to encourage innovation and investment by consumers and companies.

“Putting a price on carbon pollution is an important milestone, but it’s not the only one we need to hit in 2018. From developing Clean Fuel Standard regulations to crafting an ambitious Zero-Emissions Vehicle Strategy, the new year is shaping up to be a pivotal one for this government’s efforts on climate change and clean growth.”