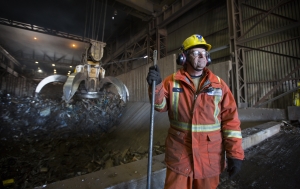 From Canada to the U.S. to the EU, governments are using “Buy Clean” policies to incentivize the use of lower-carbon construction materials in infrastructure projects like roads, bridges, and buildings.

With the federal government indicating it wants to adopt the policy here in Canada, Clean Energy Canada has released a new report that dives into how leading U.S. jurisdictions have developed and implemented Buy Clean—and what Canada can learn from them.

With government procurement responsible for 15% of global carbon emissions, Buy Clean has significant emissions reduction potential. Here in Canada, governments buy about 30% of all steel, cement, and concrete sold annually.

What’s more, Buy Clean has the added advantage of being a potential pathway to exempt Canadian products from “Buy American” rules by demonstrating that Canada is aligned with the U.S. on climate and procurement.

The report lists six lessons that Canada can learn from the U.S. that could streamline its Buy Clean approach.

The advantages are clear. Now Canada must make its Buy Clean ambitions a reality.