Clean Energy Canada | To become a major player on the global battery stage, Canada must act fast
May 26, 2021 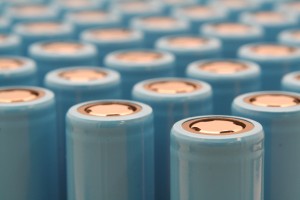 As our largest trading partners rapidly reimagine their economies, one thing is clear: Batteries will be the literal engines of the modern world—powering our cars, our trucks, our ferries, our commutes to work, and the delivery of our next FedEx package.

Canada has a once-in-a-generation opportunity to establish itself as a major player on the global battery scene if it acts now. This was the conclusion of an industry roundtable convened in the spring by Clean Energy Canada and attended by stakeholders across the supply chain: General Motors Canada, Lion Electric, the Mining Association of Canada, the Automotive Parts Manufacturers’ Association, Unifor, and others.

Experts recognized that building Canada’s battery-supply chain is both a sprint and a marathon, requiring short-term plays and long-term planning—but the biggest risk is not leaving the starting line. And while the federal government acknowledged the opportunity in its most recent climate plan and budget, and has taken some initial steps, Canada is still very much in starting territory.

The first reason is the scale of the opportunity. Driven largely (though not exclusively) by the rapid growth of electric vehicle (EV) manufacturing and popularity, the global market for lithium-ion batteries is expected to exceed $100 billion by 2030. According to the World Bank, demand for minerals such as graphite, lithium, and cobalt could increase by up to nearly 500% by 2050 in order to supply these batteries and other clean technologies. With known deposits of critical metals and minerals, Canada stands to benefit enormously from the battery boom.

The second reason to act? The benefits to Canada span the economy. With a pre-existing battery-research and -development network, and access to a well-integrated North American market, Canada can do more than merely extract and supply the raw materials; we can be a leading supplier of sustainable battery materials and a producer of cutting-edge technology. Our responsibly sourced resources, combined with a mostly clean national electricity grid—for powering lower-carbon facilities—offer further competitive advantages.

And finally, developing Canada’s battery-supply chain will help anchor our existing auto sector, currently Canada’s second-largest export, and ensure we capture the jobs and value created in the transition to EVs.

Right now, 80% of the world’s batteries are produced in Japan, South Korea, and China. The United States and the European Union have flagged their dependence on Asia, mainly China, for batteries and battery materials as a major risk to their auto industries.

Both the U.S. and the EU are working to restructure supply chains and source more batteries and materials from their own regions, and both jurisdictions have identified Canada as a secure and stable source of sustainable raw materials.

In 2017, the EU established its own European Battery Alliance, with more than €6 billion so far dedicated to building a European supply chain. With 15 large-scale battery-cell factories now under construction, the EU aims to have an entirely self-sufficient battery ecosystem by 2025.

In the Roadmap for a Renewed Partnership released earlier this year, President Joe Biden and Prime Minister Justin Trudeau identified the battery supply chain as a collaborative opportunity for our two nations.

But despite actions taken to date, the roundtable’s stakeholders felt that Canada is still a long way from having a mature battery-supply chain. We need to understand what Canada’s battery opportunity looks like at a more detailed level, they said, and we need an ambitious vision to guide industrial development.

To that end, they offered one of their own: “By 2030, Canada is a global leader in clean, innovative battery technology and strategic-materials production and recycling, and is a hub for sustainable battery production in North America.”

The federal and provincial funding that helped secure EV-assembly deals in Ontario and battery-module production in Quebec are a promising start, and further federal budget commitments will help grow parts of Canada’s battery-supply chain. But the very nature of a supply chain is that it’s bigger than any one factory or investment.

This post was co-authored by Pierre Gratton, the president and CEO of the Mining Association of Canada, and originally appeared in iPolitics.