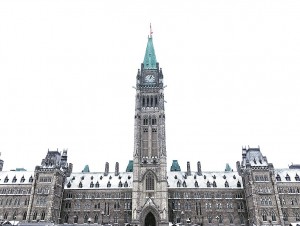 OTTAWA — Merran Smith, executive director at Clean Energy Canada, made the following statement in response to the federal government’s Speech from the Throne:

“Today’s Speech from the Throne was delivered against the backdrop of devastating flooding in B.C. that claimed lives, livelihoods, and homes and destroyed critical infrastructure across the province.

“Climate change is already threatening our way of life and our sense of security. The urgent need for action is more apparent than ever.

“In the lead up to the recent election, the new federal government put forward a strong climate agenda, some of which was reiterated in today’s speech.

“We were pleased to see the government re-commit to using Canada’s clean energy advantages to make the low-carbon goods that will ensure the economy can compete and thrive in the energy transition.

“Also encouraging was the mention of a zero-emission vehicle mandate that will support the government’s target of ensuring all new car sales are zero-emissions by 2035. We look forward to more details on how that will be swiftly implemented.

“We similarly support promises made around truth and reconciliation and economy-wide actions, like funding for childcare, that will make life better for Canadians.

“The government’s plan is clear. But now it must be followed up with immediate implementation. That means bringing provinces, territories, municipalities, and Indigenous nations together to put climate at the centre of all decisions and actions.

“We’re past debating how and why we must fight the climate crisis. Now the government must get down to action.”

During this fall’s election, the Liberal Party of Canada made the following promises: