Clean Energy Canada | Media brief: The carbon price in B.C. and its impact on emissions, jobs and the economy
August 23, 2019 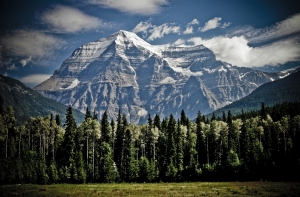 Carbon pricing is a regular feature of Canadian headlines, as parties and governments clash over the right to impose a price on pollution across Canada. Many of these discussions are centred around whether carbon pricing is genuinely effective at reducing emissions. But these arguments often misinterpret, or altogether miss, an important piece of Canadian carbon pricing evidence: B.C.

B.C.’s decade-old version of the carbon price has won international acclaim, with the World Bank and the United Nations describing it as the “most comprehensive of its kind”, underscoring its success in “transformational change” in the province. This brief summarizes some of the key facts pertaining to the policy and the effect it has had on emissions, consumer choice, jobs and the economy.

Carbon pricing is just one part of a whole suite of policies that are helping us reach our emissions targets, but as is evidenced in B.C., it is an extremely effective one. In fact, in a 2015 survey completed by 365 economists, 81% said that pricing carbon is the most efficient way to cut pollution.