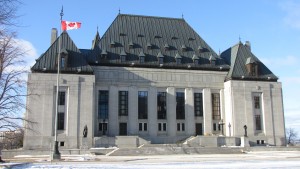 VICTORIA — Merran Smith, executive director at Clean Energy Canada, made the following statement in response to the Supreme Court of Canada’s ruling that the federal government’s carbon pricing system is constitutional:

“Today’s Supreme Court decision makes clear that the federal government has the authority to tackle climate change at the level required—something Canadians both want and expect from their political leaders.

“Any serious climate plan needs a backbone that does the heavy lifting, and carbon pricing is widely considered the most cost-effective way to reduce emissions. It’s the intersection of climate ambition and smart economic policy.

“As our largest trading partners, from the U.S. to the EU, chart ambitious courses to cleaner economies, it’s even more crucial that we use policies like carbon pricing to make our exports lower carbon and thus more competitive.

“It’s also important to remember that Canada’s price on pollution gives money back to Canadians in the form of a rebate. Most households receive more than they pay, especially low-income Canadians who tend to use less energy.

“And let’s not forget that many Canadians are already feeling the effects of climate change. The average cost of a natural disaster has risen more than tenfold in the last fifty years, and one in 10 Canadian households are now at risk of extreme flooding.

“Now is the time to move forward together and strengthen, not tear down, our plans to build a clean and prosperous Canada.”