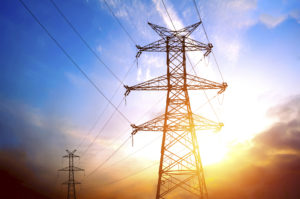 VICTORIA — Dan Woynillowicz, policy director at Clean Energy Canada, made the following statement in response to the federal government’s announcement regarding electricity regulations and a just transition for workers:

“The regulations announced today mark important progress in implementing the federal government’s commitment to cut carbon pollution, but equally important is recognizing that clean growth requires supporting those Canadians whose current jobs will be phased out.

“There is a straightforward, proven formula for cutting carbon pollution: clean up your electricity system and shift from fossil fuels to clean power for heating buildings, fueling cars, and powering industry. Canada has committed to achieving 90 per cent of its electricity from zero-emission sources by 2030, and it’s critical that target is achieved.

“Natural gas may burn cleaner than coal, but it’s still a fossil fuel. As we make the shift to a grid that’s as clean as possible, there will be a need to limit the role of natural gas in Canada’s electricity system in the decades ahead. Doing so means we can avoid the risk of stranded assets and minimize the number of Canadian workers who will need to transition jobs in the future.

“While more remains to be done to optimize our electricity system—building transmission lines to carry more clean power to those jurisdictions still burning fossil fuels, investing in smarter grids in our towns and cities, bringing more clean power online—these regulations create a foundation as we transition to clean energy and an economy built to last.”