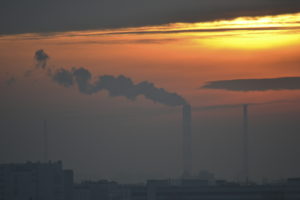 Today, the Energy Forum released an open letter urging Premier Christy Clark to deliver a Climate Leadership Plan that gets B.C. back on track to its legislated emissions target for 2050. The 16 companies and organizations behind the letter say the premier can do this by announcing a plan to implement all of the recommendations of her Climate Leadership Team.

Between 2014 and 2030, B.C. is expected to have the highest emissions growth of any province when existing climate plans are taken into account. Meanwhile, carbon pollution in Alberta, Ontario and Quebec is expected to fall over the same period.

“This is an opportunity for B.C. to regain its position as a Canadian and global climate leader,” the Energy Forum letter states.

Acting on the Climate Leadership Team’s full package of recommendations would attract an additional $5 billion in renewable energy investment to B.C. over the next 10 years. The letter notes that support for the recommendations, which include increasing the carbon tax, is growing, with academics, business leaders and mayors adding their voices to the call.

“Climate action and leadership is really about job creation and investment in our province. We need to protect the environment by reducing GHGs, and First Nations and local communities in B.C. need the work that our sector can deliver through clean and renewable energy projects such as wind, solar, hydro and biomass.”
— Paul Kariya, executive director, Clean Energy BC.

“Wind power’s economic and environmental benefits are delivered directly to local communities. It’s time for B.C. to not only recognize these benefits, but to regain its climate leadership.”
— Resja Campfens, president and CEO, Sea Breeze Power Corp.

“B.C. has a problem with rising carbon pollution. The measure of success for the new plan will be whether or not we’re back on track for our targets.”
— Matt Horne, B.C. associate director, Pembina Institute

Backgrounder: How do B.C.’s climate action commitments stack up?