Clean Energy Canada | Poll: Ontarians are interested in electric vehicles, but lack of provincial action is a barrier
May 12, 2022 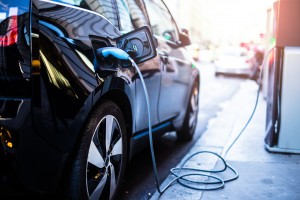 In the latest round of survey work by Clean Energy Canada and Abacus Data we surveyed 1,500 residents of Ontario as the province enters a provincial election campaign.

“For many years, the fate and future of the automotive sector was a conversation that influenced politics in the province of Ontario, and now we are seeing a new phase in that conversation. Many voters want more action to fight climate change and many like the appeal of e-vehicles as a choice they can make to help protect the planet. As people see the array of e-vehicle choices coming online and hear the experiences of others, the public demand for e-vehicles is on the rise, and so too is the expectation for government policies that will help make it easier to switch from combustion engines to electric or hybrid vehicles.”

“Ontarians aren’t happy about their province’s poor EV performance—and rightly so. There was a higher proportion of EVs sold in the Yukon last year than in Canada’s most populous province. A lack of provincial EV policies has meant that the majority of new EVs made for the Canadian market are sent to Quebec and B.C., making it even harder for Ontarians to get behind the wheel. And with gas prices soaring, the longer the wait, the more wallets will be squeezed at the gas pump. EVs offer a popular and effective solution to both climate change and rising living costs. It’s time for the provincial government to do more to help Ontarians make the switch.”

The survey was conducted with 1,500 Ontario adults from May 5 to 9, 2022. A random sample of panelists were invited to complete the survey from a set of partner panels based on the Lucid exchange platform. These partners are typically double opt-in survey panels, blended to manage out potential skews in the data from a single source.

The data were weighted according to census data to ensure that the sample matched Ontario’s population according to age, gender, educational attainment, and region. Totals may not add up to 100 due to rounding.