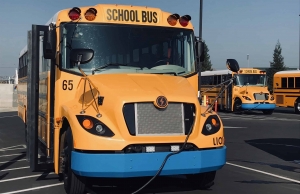 Every year, the World Economic Forum tracks the biggest threats facing our planet, from cyberattacks to food and water scarcity. If you’ve been alive over the last decade, it won’t come as a surprise that climate change also cracks the list.

In fact, the new 2020 report is dominated by climate concerns, neatly summarized by this quote: “This is the first time one category has occupied all of the top slots since the report was launched in 2006.”

That’s only fitting. Climate change isn’t just one problem, after all. It’s many problems in need of many solutions.

Unfortunately, communicating those myriad solutions and how they interact can be difficult for well-meaning politicians and wonks alike. Believe it or not, “megatonnes” and “market-based mechanism” are not the parlance of most Canadians. Not everyone is tracking the cost curves of lithium ion batteries or the deployment rates of solar panels.

While such details are critical to policymakers, engineers and bankers, they don’t answer the questions of everyday citizens. Solving climate change with policy is paramount. But explaining the transition and addressing the concerns of Canadians is a separate challenge.

And on that, we could do better. As the federal government begins a new term and prepares a budget they say will put climate action front and centre, we have a few recommendations.

First, Canadians want to understand how old industries will transition and how new ones will emerge. It’s no secret that many of Canada’s biggest industries are also Canada’s biggest polluters, from oil and gas to steel and cement. But cutting pollution doesn’t mean cutting jobs and opportunities.

The government should work with these industries to develop strategies and action plans to not just survive but thrive as markets shift. Canada’s oil patch could have a bright future beyond combustion—whether in hydrogen, carbon fibre or lithium production—provided steps are taken now. Similarly, technologies are emerging that would enable zero-carbon steel and cement production.

As for new industries, how will we help them grow? Canada is already a world leader in electric bus manufacturing and hydrogen fuel cells. Why not all zero-emission vehicle types and technologies? Our research estimates the hybrid and electric vehicle industry could create 14 times more jobs in 2030 than 2020.

In fact, the clean energy sector is set to add 160,000 new jobs by the end of this decade, while 50,000 will be lost in fossil fuels over that same period. We need to ready ourselves—and our workers—for 2030. We need to analyze workforce needs and train people accordingly.

Second, Canadians want to be assured that impacted workers aren’t being left behind.

A federal framework for a responsible transition should outline how the government will support impacted workers and communities, informed by those same people. Solutions could include, for example, employment-insurance-funded training in advance of losing a job.

For those already unemployed in the oil and gas sector, some could be put back to work reclaiming the growing number of abandoned oil and gas well sites.

Third, Canadians want to see and experience climate action and the energy transition in their day-to-day lives. They want to feel like they are a positive part of the change.

That could take the form of Canadian-made electric school buses so kids don’t breathe diesel fumes. Or providing resources for retrofitting homes so Canadians can save on their heating bills and do their part to cut pollution. They expect the government to help make these things possible.

And lastly, Canadians want to know that good intentions will turn into real results.

That means being accountable. We must join the likes of New Zealand, the U.K. and our own British Columbia, where a new climate accountability framework makes the province legally bound to its climate targets.

We know that Canadians want a climate and energy transition plan. Two-thirds want the federal government to continue or increase its efforts to tackle climate change, according to a major election exit poll.

And we know that Canadians see plenty of opportunity. Three-quarters say the transition to clean energy is a global trend that will ultimately benefit Canada, according to another recent poll.

In short, we know that Canadians are both worried and hopeful. Their questions warrant real-life answers they can see and touch—in addition to good policy.

This post was co-authored by Merran Smith and originally appeared in iPolitics.