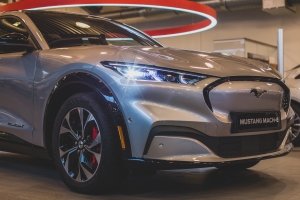 “Today’s update to the federal government’s purchase incentive program for electric vehicles is good news for the four in five Canadians who are open to buying an EV as their next car.

“More vehicles than ever before will now qualify for a rebate. For example, the popular Ford Mustang Mach-E at $51,500 should now be eligible. Additionally, a separate category introduced for larger vehicles, with a slightly higher vehicle cost cap, will open the gate for electric pickups.

“Canada’s new rebate caps—now $55,000 for cars and $60,000 for large vehicles—strike the right ‘Goldilocks’ balance. In short, they’re high enough to qualify a wide range of vehicles while still being low enough to encourage automakers to sell more affordable EVs into the Canadian market.

“Unsurprisingly, a few popular vehicles remain too expensive to qualify, such as the Tesla Model 3 and the Ford F-150 Lightning. Tesla has increased the sticker price of Canada’s best-selling EV, the Model 3, by over $8,000 in just the last six months, citing the rising cost of raw materials. Ford, meanwhile, offers a US$40,000 version of its electric F-150 to Americans, but the cheapest trim available in Canada starts at $68,000.

“While EVs generally save drivers thousands of dollars compared to equivalent gas cars, as shown in Clean Energy Canada’s most recent report, a higher sticker price remains a barrier for many.

“Rebates thus make EVs not only more affordable—but more accessible to the millions of Canadians who would most benefit from their long-term cost savings. The federal government could improve accessibility even further by introducing a program for used EVs and swiftly implementing a national sales mandate to ensure Canadians across the country can actually find an EV to spend their rebate on.

“Nonetheless, today is a good day for climate action and affordability. Canadians will reap the benefits when they make the switch.”

Poll | Almost 80% of Canadians open to owning an electric vehicle