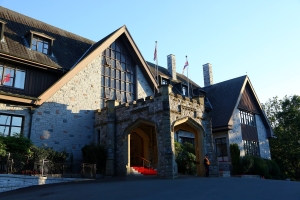 VICTORIA — Mark Zacharias, executive director at Clean Energy Canada, made the following statement in response to the swearing in of B.C.’s new cabinet and the release of its mandate letters:

“We would like to congratulate all of B.C.’s new and returning ministers, and we look forward to working with them to build a cleaner, more affordable, more sustainable economy for the province.

“It’s clear this new government has made the all-important link between climate action and economic action. In particular, the mandate letter to the minister for environment and climate change strategy states that new industrial development must align with B.C.’s climate goals. This also makes economic sense: industry must align itself with the reality of a rapidly changing global economy if it’s to thrive into the future.

“On that note, we are pleased to see emphasis placed on developing and growing B.C.’s abundant clean resources. The number of ‘transition-opportunity companies’ in B.C. has grown by nearly 500% over the past two decades, and it’s good to see the province recognizing this massive opportunity. That includes support for expanding B.C.’s role in Canada’s EV battery supply chain through a mining innovation hub and the acceleration of a critical minerals strategy.

“The transition to renewable energy will also require an abundance of zero-emission electricity to power cleaner cars, homes, and businesses. Ensuring the province can meet this demand is a major economic opportunity that will require integrated planning to determine which roles different clean energy solutions can play. This necessity is highlighted in the mandate letter for energy, mines and low carbon innovation, which recognizes that B.C. needs a ‘climate-aligned energy framework’ to increase energy production for both our use at home and as a lucrative export. Success, however, will require better alignment of the British Columbia Utilities Commission and B.C. Hydro with our CleanBC targets. We look forward to seeing how the province will bring this trio together in order to ensure success.

“It’s also encouraging to see a mandate to legislate the province’s 2050 net-zero emissions target. While targets represent important waypoints on the road to fighting climate change, enshrining them into law is key to integrating them into decision-making across all ministries.

“Finally, it’s worth noting a commitment to develop measures designed to meet B.C.’s sectoral and methane targets for oil and gas, aligned with the federal government’s forthcoming cap on oil and gas emissions. Combined with the province’s intent to transition fossil fuel subsidies away from oil and gas and toward the clean energy sector, these actions will help B.C. meet its climate targets and seize a once-in-a-generation clean energy opportunity.

“B.C. has faced many headwinds of late, but when it comes to the transition to clean energy, the province has a choice to sail with the wind or against it. Today’s mandate letters suggest this new government intends to turn the ship a little more in the right direction.”