Clean Energy Canada | Memo to O’Toole: The road down the middle is paved with a credible climate plan
August 31, 2020 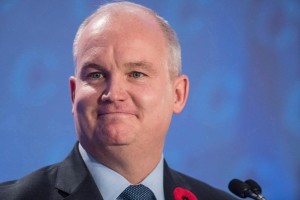 Most Canadians are only now learning the name Erin O’Toole, who has taken over as leader of the Conservative Party of Canada.

And as many pundits were quick to point out, while O’Toole campaigned to the party’s right, his victory speech sounded like that of a moderate extending an olive branch to Canadians who might be wary of joining their ranks.

He appealed to women and people of colour and the LGBTQ community, Canadians the party has struggled to connect with. That reality was laid bare last fall, when the Conservatives once again failed to make inroads in key urban and suburban areas like Toronto, Montreal and Vancouver — the places where Canada is growing the fastest.

nderstandably, O’Toole wants Canadians of all stripes to feel they “have a home in the Conservative Party of Canada.” He’ll need their votes after all. But with his victory secured and the party now in his command, O’Toole must take that a step further — he must ensure they actually want to live in that Conservative home.

And while not the only key area the Conservatives may wish to work on, climate change is an important one. In a comprehensive survey done in November, two-thirds of Canadians said they want to either maintain or increase Canada’s climate efforts.

In other words, voters had little interest in going backward, which was precisely what the Conservatives offered up in their climate platform last fall.

Considering the Conservatives can’t win an election with one-third of the vote, O’Toole will need to present Canadians with a credible climate plan that is, at minimum, equal to the one our nation already has.

The gap between the Conservative plan and Canada’s current Pan-Canadian Framework on Clean Growth and Climate Change is still significant. Independent analysis found the Conservative climate plan unveiled last year under former leader Andrew Scheer would have actually increased carbon pollution between now and 2030. The climate change component of O’Toole’s leadership platform also comes nowhere near closing that gap. With a few rather vague exceptions, it mirrors the plan put forward a year ago.

But there is some good news for O’Toole. In a May poll done by Abacus Data, a strong majority of Conservative-identifying voters were found to either support or not oppose a number of climate policies. This includes 90 per cent who support or could go along with advancing Canada’s clean hydrogen sector (a potential job creator in Alberta); 79 per cent who feel similarly about building out a cross-Canada electric vehicle charging network; and three-quarters who like or are fine with using tax incentives to attract EV auto manufacturing to Canada.

As for the Canadians the Conservatives wish to invite into their home — those who identified support for a competing party — enthusiasm for such measures is even higher.

While there’s more to a credible climate plan than the ideas above, clear criteria — such as whether the plan cuts pollution in line with our Paris target — can help the Conservatives determine whether they’re hitting the mark.

For inspiration, O’Toole can also look outside our borders. Nations such as Germany and South Korea are introducing clean stimulus measures and ramping up the competitiveness of clean energy. Or there’s the U.K., which is doing likewise and whose own Conservative Party has supported real action on climate change, including setting its 2050 net-zero emission target into law — something even Canada has yet to do.

As for our southern neighbours, Donald Trump has put himself at odds with an evolving global market, doubling down on his support for an industry, coal, that he could not save. Now the president faces a serious contender in Joe Biden, whose ambitious climate and clean energy plan would accelerate the U.S. past even Canada if we move too slowly.

O’Toole didn’t mention climate change in his victory speech. It’s a notable silence given his stated goal of reaching Canadians who didn’t cast a ballot for the Conservatives in 2019. His predecessor could not sway voters with a weak climate plan.

The new leader should remember that as he continues introducing himself to the Canadians he wishes to court.

This post was co-authored by Sarah Petrevan and originally appeared in the National Observer.