Clean Energy Canada | Media brief: What is a ‘zero-emission vehicle standard’ and why does Canada need one?
September 22, 2020 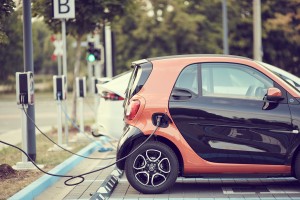 Through media briefs, we aim to provide journalists with useful factual and contextual information related to Canada’s clean energy transition. Please use this as a resource, and let us know if there are any topics that you would like to see for future media briefs.

As the Ford Motor Company announces an investment of $2 billion alongside a reported federal government offering of $500 million to manufacture electric vehicles in Oakville, Ontario, it’s clear that zero-emission vehicles are on the Canadian government’s radar. We’ve put together a summary of one of the key policy measures Canada needs to ensure it doesn’t miss out on the EV opportunity: a zero-emission vehicle standard.

Demand for electric vehicles is rising, both at home and around the world. Nearly 12,000 EVs were sold in Canada in the first three months of 2020, 50% more than the same period last year. In the European Union, EV sales surged by 45% in the first half of 2020.

But Canada has an EV supply problem. The majority of car dealerships in the country don’t have a single electric car on the lot. While the picture is better in B.C. and Quebec (the two provinces with their own zero-emission vehicle standards), many Canadians struggle to find an EV to test drive, let alone buy. Supply is simply not keeping up with demand.

There are several things contributing to the supply crunch, including battery shortages and manufacturers prioritizing markets like the EU and help address this, Canada could implement its own zero-emission vehicle standard. This brief explores what the policy is and where it’s already working.

Missing out on manufacturing:

What is a ZEV standard?

Where is it in place?