Clean Energy Canada | Media brief: What are carbon offsets and how can they be used?
April 16, 2021 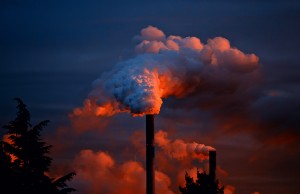 Clean Energy Canada is a climate and clean energy program within the Morris J. Wosk Centre for Dialogue at Simon Fraser University. Through media briefs, we aim to provide journalists with useful factual and contextual information related to Canada’s clean energy transition. Please use this as a resource, and let us know if there are any topics that you would like to see for future media briefs.

A few weeks ago, the federal government announced a consultation on a proposed greenhouse gas offset system. Such a scheme would follow in the footsteps of other similar systems around the world, including in Alberta and B.C. Offsets allow emitters to purchase “credits” representing reductions in emissions by another emitter, as an alternative to reducing their own emissions. Offsets offer a carbon polluter (like the operator of a steel plant) an additional option to comply with government rules that limit carbon pollution.

While purchasing offsets can help emitters offset their pollution in a low-cost way, studies have shown that in many cases, offsets do not create the additional emission reductions that were planned. How offsets are created and the extent to which they are used dictates their effectiveness at reducing pollution. This media brief provides a summary of offsets, examples of current offset use, their potential benefits and drawbacks, and examples of best offset practices.

HOW ARE OFFSETS USED?

Policies that employ carbon offsets are in use around the world. Below are several examples of how offsets have been used in Canada and internationally:

THE BENEFITS OF USING OFFSETS

THE CHALLENGES OF USING OFFSETS

A SUMMARY OF BEST PRACTICES

8. An audit of carbon neutral government. The office of the Auditor General
OAG%20Carbon% (2013).

10. Use of international credits. European Commission (2016).

11. Bushnell, J. B. The Economics of Carbon Offsets. The Design and Implementation of U.S. Climate Policy (2012).

13. Federal carbon-offset proposal will likely give illusion of progress, even as it increases emissions. CBC  (2021).

16. On the misuse of nature-based carbon offsets. Nature-based Solutions Initiative