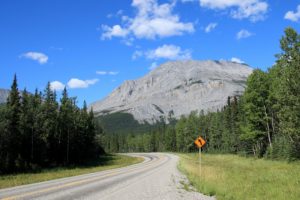 British Columbia faces a crossroads: either we take new action to cut carbon pollution and restore B.C.’s legacy as a climate leader, or we fail to meet our commitments and forfeit our hard-won reputation for leadership.

The province’s carbon pollution is rising, and new action is required for B.C. to get back on track. Part of the problem is that B.C.’s carbon tax has stalled at a level that’s not providing enough incentive to reduce carbon pollution. To fix that, B.C. needs a stronger carbon tax and new and improved regulations that cover a broader range of emissions.

With stronger climate leadership, B.C. would attract up to $5 billion in additional investment for renewable energy development alone over the next 10 years.

But that’s just part of the solution. As members of Premier Clark’s Climate Leadership Team, we developed a blueprint to reduce B.C.’s carbon pollution while growing our economy. Our recommendations provide a strong foundation for long-term prosperity for British Columbians—including our resource industries and workers, and their communities.

Navius Research modelled how policies similar to the Climate Leadership Team’s recommendations would affect jobs and B.C.’s economy. They found provincial GDP would grow at essentially the same rate with or without new climate action. Meantime, 270,000 new jobs would be created across the province within the next 10 years, and close to a million by 2050. Those jobs show up in emerging sectors, like clean technology—but also in more traditional sectors like forestry, agriculture and services. With stronger climate leadership, B.C. would attract up to $5 billion in additional investment for renewable energy development alone over the next 10 years.

Households in the Peace River region could save up to $1200 a year by 2030 on energy costs by switching to cleaner and more efficient vehicles, home heating and energy sources.

New climate action would unlock other surprising benefits. For instance, Navius found that households in the Peace River region could save up to $1200 a year by 2030 on energy costs by switching to cleaner and more efficient vehicles, home heating and energy sources.

Our recommendations were designed to protect and support vulnerable households. Many rural communities would attract new renewable energy projects and job opportunities. British Columbians’ homes, vehicles and industries would increasingly be powered by clean and renewable energy. Our economy would grow while we reduced carbon pollution and developed innovative expertise to market to the world.

In other words, there’s less risk—and more reward—in taking action than in avoiding it.

So what’s the issue?

The province is due to announce its next phase of climate action, but it has not committed to act on any of the recommendations developed by the Climate Leadership Team. That’s concerning, because we were asked to come up with a plan to cut carbon pollution while creating jobs and contributing to a strong and growing economy—and we did. If the government doesn’t adopt our full package of recommendations, then it needs to show how its plan would achieve those same goals.

With that in mind, here are three ways to tell if the next phase of B.C.’s climate plan will deliver the leadership British Columbians deserve.

To start—the plan must reduce carbon pollution in line with B.C.’s 2050 commitment. If carbon pollution continues to grow as currently projected, B.C. cannot credibly call itself a climate leader—instead we’ll once again be part of the problem.

Next, the plan must help to build B.C.’s economy and create new jobs right across the province. Already, more than 68,000 British Columbians work in the “clean economy”—a sector that includes green buildings, clean energy, professional services, waste management and more, and contributed $6.3 billion to B.C.’s GDP in 2014, according to the Delphi Group. Those jobs are not just in the Lower Mainland—for instance, workers in Tumbler Ridge, Pemberton, Fort St. James and Taylor are building some 20-odd renewable energy projects around B.C. We can expect to see more opportunities like these if B.C. renews its efforts to cut carbon pollution.

Finally, we need to start gradually raising the carbon tax again. It’s among the best tools we have to reduce carbon pollution and stimulate innovation—we know it works and that it had positive environmental and economic benefits. Let’s build on our success. A serious climate plan will unfreeze the carbon tax and set out a schedule that provides certainty so businesses and families can plan for the future. The sooner B.C. confirms how it’s going to increase the tax and protect vulnerable people and industries, the better.

We know from experience that B.C. can lead on climate and enjoy a thriving, resilient economy. In fact, we see climate leadership as essential to our province’s long-term prosperity.

It’s now up to the government to follow through.

Originally published in the Victoria Times Colonist on May 17, 2016.