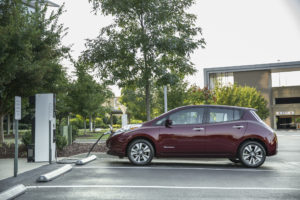 Not long ago, electric cars were curiosities — auto show novelties, toys for the rich, outliers in oil-demand forecasts. But like the iPhone, Netflix and other history-bending innovations, electric vehicles, or EVs, are poised to rewrite the book on transportation.

The global shift to electric cars is now well underway and accelerating, bringing with it big changes for drivers, companies, industries and governments around the world.

But as other nations accelerate, Canada is coasting — on both EV policy and per-capita sales.

It’s not for lack of interest: Canadians must wait months to get their hands on new EVs when they hit the market. Worse still, we’re missing out on opportunities to innovate, to make our economy cleaner and more competitive, to reduce pollution — and its public health and climate change impacts — and to export our metals and minerals to a growing global marketplace.

As usual, the game-changer likely will be China, which has signaled it intends to ban internal combustion vehicle sales, similar to bans planned in Norway, the Netherlands, Scotland, France and the U.K.

China is currently targeting annual sales of two million EVs by 2020, and seven million by 2025 — or one in five vehicles sold. While China hasn’t set a date yet, the transition to EVs will accelerate rapidly when it follows through on its plan to ban internal combustion vehicle sales. Energy analysts at Wood Mackenzie modelled the impact of a 2035 ban and found it would lead to more than 200 million EVs on Chinese roads by 2035, displacing two million barrels per day of oil demand.

Slow and steady won’t win this race. Canada needs to speed up and get serious about electric cars.

Yet while China cranks out hundreds of thousands of electric cars and America electrifies its interstates — and while Norway’s 28 per cent market share of EVs puts our 0.6 per cent market share to shame — Canada has yet to punch the accelerator. Beyond offering cash for EV charging infrastructure (a welcome gesture but still insufficient), the federal government so far has done little to help Canada achieve the kind of growth in EV uptake now happening in Europe, China and the U.S. Our American neighbours have twice as many EVs, per capita, as we do.

This worldwide shift is profound, and regardless of what Canada does, it adds another layer of uncertainty on our oil sector. But the growth in the popularity of EVs also presents Canada with a range of new opportunities and benefits, including cleaner air and less carbon pollution, growth in auto parts and manufacturing, services, and innovation, and growing demand for Canadian metal and mineral resources (such as copper, aluminum and lithium).

To capitalize on this opportunity, and minimize the impacts, we need a strategic policy response — and quickly. Fortunately, the federal, provincial and territorial governments are working to develop a national Zero-Emissions Vehicle Strategy. To succeed, it will need to do four things:

Preserving the status quo is not the same as playing it safe; slow and steady won’t win this race. Canada needs to speed up and get serious about electric cars. The next big thing in transportation is already here.

A few challenges aside, that’s good news — and a significant opportunity for Canada.

This article was co-authored by policy director Dan Woynillowicz and originally appeared in iPolitics.