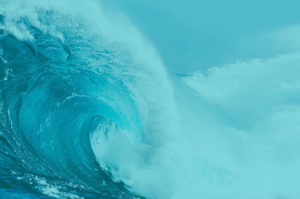 Each year, we produce Tracking the Energy Revolution, a companion pair of annual progress reports that  detail the ongoing shift to clean energy—both within Canada’s borders and around the world.

Today, on the eve of the Climate Summit of the Americas in Toronto, we released the international edition. (Look for its Canada-focused companion in September.)

Tracking the Energy Revolution — Global 2015 identifies the 10 policy, technology, and business trends and milestones that are defining and propelling the global shift to cleaner energy. It also flags alternate perspectives, challenges, and opponents that stand to temper each of these trends.

The trends include the corporate “mainstreaming” of 100 percent renewable energy targets and carbon pricing, the divestment movement, the Tesla Gigafactory, and many others. And while a print version is available, we’re pleased to debut this year’s report as an engaging, built-to-share, digital production readily accessible on mobile devices. It is peppered with animated graphics and charts, and also includes a series of policy recommendations.

First, renewable energy is helping to combat climate change. For the first time, compelling evidence has emerged that the billions of dollars being invested in clean energy and efficiency are starting to slow the rise of carbon pollution.

Finally, carbon pricing is fast becoming “the new normal.” In 2014, another 10 countries either implemented a price on carbon pollution or committed to do so. Thirty-nine countries, and more than 23 states and provinces, now price carbon.

As the world counts down to the U.N. Paris Climate talks, we hope Tracking the Energy Revolution — Global 2015 proves useful to clean energy observers, enterprising business leaders with an eye abroad, and to federal and provincial political leaders looking to capitalize on the global clean-energy opportunity. To download the printable version of the report, visit the report page here.