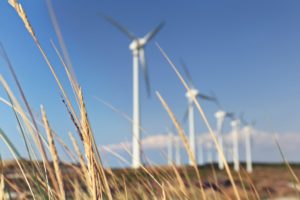 On Thursday, the federal government published its plans to get a price on carbon in all parts of Canada. The proposal represents a big step forward on a key climate commitment, and the approach Ottawa has chosen is a promising one.

First, some background on the story thus far:

The Trudeau government’s carbon pricing saga started last October, when the prime minister announced that all provinces and territories would have to start pricing carbon in 2018—or Ottawa would do it for them.

With carbon pricing already in effect in several key provinces, the federal government set minimum standards for jurisdictions that chose to set a price through a carbon tax and for those that prefer to set their price through a cap and trade system.

Thursday’s announcement describes the third option: what it will look like if Ottawa puts a carbon price in place in a province or territory.

“Under Premier Rachel Notley, Alberta has worked hard to adopt measures to curb its emissions…. Ottawa will no doubt be drawing on Alberta’s efforts as it levels the playing field between the two Prairie neighbours.”

The most obvious home for that third option is Saskatchewan, where Premier Brad Wall has consistently refused to consider pricing carbon on his own—and has threatened to challenge Ottawa’s approach in court, a case that legal experts expect him to lose.

The paper doesn’t answer all the questions (more on that below), but it’s also much more than an outline; the federal government has made a lot of the key decisions about how its carbon price is going to work.

Here are five elements of the proposal that caught our attention:

1. As has been widely reported, Ottawa’s proposal adopts two signature elements from Alberta’s approach: an economy-wide levy on carbon pollution and a specific approach to heavy industry called output-based allocation.

Heavy industry players will get credits that exempt them from that levy on some of their emissions. The number of credits they receive will be scaled to how much they produce of a given commodity or good—cement, coal power, bitumen and so on.

Ottawa will set a benchmark based on what the top fraction of performers in a given sector emit, and it will allocate credits accordingly. So if you’re in that top tier, you have plenty of credits to use—or maybe even surplus credits to sell. But if you’re running an old and inefficient operation, your allocation won’t cover your emissions, creating an incentive to either buy credits from others or to clean up your operations.

This system—proposed for Alberta by University of Alberta professor Andrew Leach and the Alberta Climate Leadership Panel—is designed to give companies an incentive to cut their emissions without giving them a reason to cut production, or to leave the jurisdiction altogether. In other words, it’s one way to answer the question of how you can price carbon and preserve competitiveness, even if your neighbours aren’t there yet.

2. If you think of Saskatchewan as the likely first “taker” of this system, the Alberta link makes a lot of sense.

Saskatchewan has always looked to Alberta on climate and energy policy, mainly because the two neighbours have many of the same industrial sectors operating in their jurisdictions: coal-fired electricity, oil and gas, agricultural production and more. Under Premier Rachel Notley, Alberta has worked hard to adopt measures to curb its emissions; officials in the province have been thinking through the details of its output-based allocations for months now. Ottawa will no doubt be drawing on Alberta’s efforts as it levels the playing field between the two Prairie neighbours.

That’s not to say that other jurisdictions won’t take a good look at Ottawa’s proposal—and may even decide to adopt it themselves. But there’s no question that a made-in-Alberta approach will also fit Saskatchewan’s economy very well.

3. Ottawa’s paper doesn’t settle one very big question: how the government will use the revenues the carbon price will generate.

Instead, the paper says that Ottawa will “return direct revenues from the carbon price to the jurisdiction of origin. The federal government is open to feedback on the best mechanism to achieve this.”

The governments in Canada that are pricing carbon today have chosen to invest those revenues in various ways: tackling climate change, cutting taxes, providing rebates for households and businesses, or a mixture of all of the above. The federal news release alludes to one of those options—giving revenues “back to individuals and businesses”—but presents it as just one example that Ottawa is still “evaluating.”

Invariably, discussions about the best use of carbon pricing revenues are hotly contested and very political. You definitely haven’t heard the last of this one.

4. The timing of Ottawa’s heavy industry proposal is smart—and getting the details right really matters.

Ottawa is promising to have the levy in effect (starting at $10 a tonne) in 2018. Working out the details of the heavy industry allocations will take longer, into 2019—and meanwhile industry pays the full levy price. Negotiations between governments and industry sectors on climate policy design often drag on far too long, so having the levy in place should give industry the incentive it needs to come to the table prepared.

Ottawa has also signalled that its carbon price will cover emissions from industrial processes as well as from burning fossil fuels, a welcome approach that puts a price on more pollution.

Industry will potentially have access to both domestic and international “offset credits”—emission reductions from outside of heavy industry—in order to meet their targets, with no restrictions on how many offsets a company can use to hit its targets. Poor-quality offsets can weaken a carbon pricing system significantly, so it will be very important to get this piece right.

5. For the first time, Ottawa is considering a price on carbon pollution from all aviation inside Canada.

Domestic aviation—flights within Canada—accounted for 7 million tonnes in 2015, a meaningful amount, but it’s difficult to price that pollution province-by-province. Adopting a price on carbon across Canada changes the equation, making it possible to include the fuel from flights under a carbon price no matter where in Canada they take off and land. Thursday’s paper commits to starting that discussion.

There’s more to climate action than carbon pricing, but a price on carbon across Canada is one of the best tools in the toolbox. It touches the vast majority of emissions, it’s cost-effective, and it’s easy to ratchet up over time.

In other words, it’s a key ingredient, and we’re now a step closer to having it in the mix everywhere in Canada.