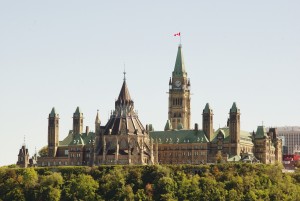 “When it comes to climate action, honesty is the best policy.

“There’s no two ways about it: the updated climate plan unveiled today is historically and globally significant. Most importantly, it’s a comprehensive and honest plan to get Canada to beat its 2030 climate target.

“The plan will also retool and position Canada’s economy to be increasingly competitive in a low-carbon world. It matches the level of effort we’re seeing among Canada’s largest trading partners: the EU, China, and the actions proposed by the incoming Biden administration in the U.S.

“Pricing pollution is one of the most effective and efficient ways to curb emissions, which is why the policy is so popular among economists. The federal government’s approach is in line with the level of effort needed to tackle the environmental and economic crisis facing us.

“Beyond pricing pollution, the plan also includes $15 billion to help strengthen Canada’s clean economy. There will be funding for key emerging sectors like clean hydrogen, investments to build out Canada’s electric vehicle auto sector alongside continued EV rebates for drivers, and a strategy for industries to decarbonize their operations while considering the competitive landscape ahead.

“Poll after poll has shown that Canadians don’t want to be left behind in the global shift to clean energy. With a Biden presidency kicking off the new year and game-changing clean stimulus plans from countries like Germany, the U.K., and South Korea, it’s clear that Canada must compete on climate if it’s to compete economically into the future.

“A year ago, this government was given a clear mandate on climate by Canadians at the polls. One very eventful year later, they are delivering on that mandate.”