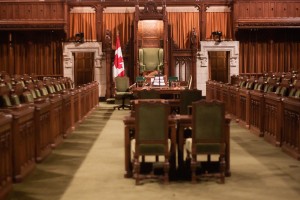 VICTORIA — Merran Smith, executive director at Clean Energy Canada, made the following statement in response to the federal government’s 2021 budget:

“This is a big budget, with $17.6 billion dedicated to climate and environmental initiatives alone—initiatives that will help Canada not only meet its current climate target but accelerate toward a bolder one. Critically, the budget contains a number of strategic investments that will help create and expand the industries that will underpin a net-zero 2050.

“An additional $5 billion dedicated to the Net Zero Accelerator will not only help our cleantech companies, but also heavy industries like steel and cement as they decarbonize and grow their competitiveness in a world that wants cleaner materials.

“Tax incentives for a number of clean energy sector industries, such as EV and battery manufacturing, renewable power, and green hydrogen, will also help ensure our best companies choose to stay here—rather than seeking a more generous playing field south of the border.

“The additional $1 billion set aside to help large cleantech companies attract investment and scale up certainly supports this aim. After all, Canada has not always retained its most competitive companies, and we have a chance to change that.

“With the U.S. now poised to invest heavily in the EV auto industry, the battery supply chain is one such area of opportunity for Canada. A Critical Battery Minerals Centre of Excellence and funding to ramp up battery mineral processing and refining will ensure Canada is securing jobs and economic value in the growing battery industry.

“The federal budget also sets aside funding to strengthen Canada’s vehicle and methane emissions regulations, as well as to finalize Canada’s Clean Fuel Standard. While such policies seldom make headlines, they efficiently reduce emissions year after year at a significant scale.

“A focus on ‘greening procurement’—or as it’s sometimes called, buying clean—also makes an appearance, and we look forward to the federal government taking additional steps and encouraging all levels of government to buy the cleanest products and building materials, many of which are made here in Canada.

“Canadian families, meanwhile, will benefit from interest-free loans to retrofit their homes and lower their energy bills, while funding for more EV charging stations will make getting around easier than ever.

“Finally, we would also like to applaud the federal government for taking real action on affordable childcare. Women have been hit particularly hard by the pandemic-induced recession. Expanding access to childcare and helping moms enter or remain in the workforce will deliver enormous economic benefits and ensure this recovery is a fair one.

“After all, climate action is not so different: it’s ultimately about improving life for everyone.”

Key clean energy and climate commitments in the budget: