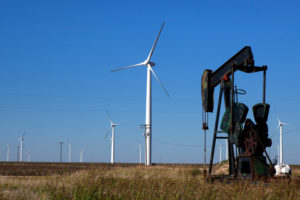 For years, the story of energy in Canada has been the story of fossil fuels — so much so that in this country, at least, the terms are typically used interchangeably.

Last week my team flipped that story on its head when we released Tracking the Energy Revolution — the first annual assessment of Canada’s clean-energy performance. Thanks to the report, our nation’s strong recent growth and huge potential in fossil-free energy production and innovation hit the national agenda in a big way.

Given how little profile this Canadian success story usually enjoys, we were expecting the project would rattle a few cages. And rattle them it did.

Cody Battershill, a Calgary, Alberta realtor and Huffington Post contributor, directs  — a volunteer organization that supports Canadian energy development and the environmental, social and economic benefits that come with it. (And by “energy,” he’s almost exclusively talking about the kind you dig or pump out of the ground.)

On his Huffington Post profile, Mr. Battershill says he “advocates for an informed discussion about our economy and Canada’s future prosperity.” That’s why we were scratching our head at the poorly researched column that he published here last week.

Indeed, his post criticized our report for omitting things that we didn’t actually omit — like the number of large fossil-fuel companies active in clean energy. We conclude he must have critiqued our report without actually reading it first.

Mr. Battershill also speculated wildly about our funding. To be clear, the vast majority of our support comes from individual Canadian donors and Canadian foundations keen to accelerate Canada’s transition to a clean-energy economy that is less dependent on the price of oil.

But Mr. Battershill’s main beef — here and on Twitter — is that we are overstating the economic impact of the clean energy sector by implying that it’s bigger than the overall oil sands sector. (It isn’t.) Specifically, he accuses us of excluding manufacturing and other services in our oil sands operations numbers.

The 2012 Analytica data is the most reliable and recent of its kind, and we were surprised and delighted by the total. Who knew so many Canadians worked in fossil-free energy production, efficiency, and innovation?

So to put this number into context for Canadians, we went looking for comparisons.

We’d already done the same thing with the investment figures in our report; there, we found that over a five year period, investors moved about the amount of money into Canada’s clean-power production as they did into agriculture, fishing, and forestry combined. (We sourced the clean energy investment numbers from Bloomberg New Energy Finance, and looked to Statistics Canada for the agriculture, fishing, and forestry investment figures.)

Neither number includes construction jobs, and neither includes the indirect or induced jobs associated with producing inputs that either the clean energy sector or the oil sands sector use in their operations.

No one is suggesting that this comparison represents the sum total of either sector’s economic contribution. But we wanted to illustrate the scale of the incredible growth we’ve seen in clean energy — and we think our comparison to oil sands jobs, which attracted national attention, did exactly that.

Again, the comparison is contextual. We don’t suggest one job is any more or less important, or appropriate, than the other, or that one is competing with the other. As we are seeing in Canada, both sectors can experience growth simultaneously.

What Mr. Battershill calls “cherry picking” is, in fact, just us being careful to compare apples with apples — or cherries with cherries, as the case may be.

Mr. Battershill says he supports an informed discussion about energy in Canada. So do we, and that’s exactly why we released our report. The response, near-universal enthusiasm from coast to coast, tells us that Canadians are eager to keep talking about, and building, Canada’s clean-energy success story.