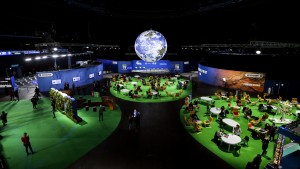 VICTORIA — Merran Smith, executive director at Clean Energy Canada, made the following statement after the conclusion of COP26:

“Following COP26, Canada was one of nearly 200 countries to endorse the new Glasgow Climate Pact, a meaningful if imperfect step forward in global efforts to fight climate change.

“While the new pact represents real progress, it also fell short on several fronts. Specifically, language on phasing out coal and fossil fuel subsidies was watered down at the last minute. It was also disappointing to see that rich nations fell short of their commitment to provide US$100 billion in climate financing to developing countries.

“In addition to signing the pact, Canada made a number of important commitments, including promising to end all investment in new coal power generation at home and internationally and to stop financing fossil fuel projects abroad by the end of the year. It also reiterated promises made in the run up to the last election, including banning the sale of fossil fuel-powered passenger cars and light-duty trucks from 2035 and ensuring that all electricity is emissions-free by the same year.

“Let’s be clear: the elephant is still very much in the room. Canada’s climate ambitions continue to be at odds with its position as the world’s fourth-largest crude oil producer. The oil and gas sector is Canada’s biggest source of carbon pollution, and we cannot limit the worst effects of climate change while growing that industry.

“As such, it was encouraging to see Prime Minister Trudeau clarify that Canada’s oil and gas emissions will be capped at ‘today’s levels.’ We look forward to more details on how this will be implemented.

“It was also promising to see global collaboration on clean technology development, with Canada signing on to the Glasgow Breakthroughs, which aim to make key climate solutions like green hydrogen and near-zero emissions steel ‘accessible and affordable’ by 2030. With one of the world’s cleanest electricity supplies and access to many of the necessary metal and mineral resources, Canada is well positioned to be a leader in many of these growing industries.

“More important than pacts and pledges is the action that underpins them. We anticipate Canadian and international governments alike will take swift action to implement and expand on promises made over the last fortnight. With just over eight years to go before 2030, the next six months will be critical, and we expect key measures to move forward imminently.”

Blog | The Glasgow Climate Pact: What does it mean for Canada’s climate policy?

Media brief | COP26 and the implications for Canada