Clean Energy Canada | Canadian heavy industry has a low-carbon competitive advantage yet lacks a plan to seize it: report
March 24, 2021 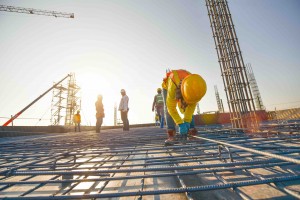 VANCOUVER — As more and more countries pledge to reduce emissions, including Canada’s closest trading partners, the materials required to build a net-zero world are increasing in demand.

The good news is that many of Canada’s heavy industries—like steel, mining, cement, and wood—are lower carbon than their global peers, giving them a competitive advantage.

Already, heavy industries employ 300,000 Canadians, more than oil and gas, and with 127 countries around the world now working toward carbon neutrality, Canada’s comparatively clean sectors are ideally positioned to grow.

But to seize this significant opportunity, Canada needs a federal action plan for clean industry, concludes Clean Energy Canada’s new report, The Next Frontier. A competitive action plan would include:

The market signal is clear: the roadmap unveiled last month commits both countries to working together to cut emissions, while the U.K. released its own Industrial Decarbonisation Strategy earlier this month.

And while a Supreme Court ruling is expected this week regarding the federal carbon price, a clean industry action plan is where our focus should be, says Clean Energy Canada executive director Merran Smith: “We shouldn’t still be debating whether to fight climate change and modernize our economy—but rather how we do so in a way that plays to our strengths and ensures our long-term competitiveness.”

Report | The Next Frontier