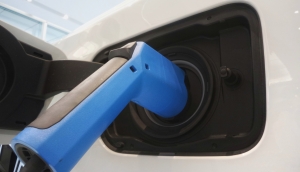 No longer just something that needs changing in your TV remote, batteries are fast becoming the engines of the global economy. In a decade’s time, chances are it won’t be gas that powers your car — it will be a battery.

The battery is the most valuable part of an EV, and by 2030, the International Energy Agency predicts we could see a hundred times more EVs on the road than there were in 2020.

If Canada plays its cards right, it has the potential to build a domestic EV battery supply chain that could support up to 250,000 jobs by 2030 and add $48 billion to the Canadian economy annually.

That’s according to new modelling from Clean Energy Canada and the Trillium Network for Advanced Manufacturing, which explores how Canada can build out its battery supply chain and the economic potential of this industry.

Those quarter-million jobs would be found across the country: from the geologist investigating copper deposits in B.C., to the engineer developing battery testing equipment in Nova Scotia, to the worker assembling electric vehicles in Ontario.

And with the introduction of the U.S.’s new EV tax credit — requiring that a proportion of EV battery parts are sourced from North America and battery minerals are sourced from U.S. allies — Canada has a huge and guaranteed market right next door. The race to build the supply chain is on, and already carmakers like Volkswagen and Mercedes-Benz are responding, signing recent deals to secure Canadian EV battery raw materials while co-operating in other areas such as battery manufacturing and cathode material production.

Fortunately, the wheels are already in motion. Stellantis and LG Energy Solution are investing $5 billion to build a battery factory in Windsor that will employ 3,200 workers. A handful of recent announcements by multinational companies like BASF and Umicore to bring battery material production to Quebec and Ontario will support thousands of additional jobs.

But despite some solid investments, the success of Canada’s EV battery supply chain — and the hundreds of thousands of future jobs it could support — is still largely dependent on swift government action.

In fact, in a scenario where no additional government action is taken, Canada’s battery supply chain would create just 60,000 jobs and contribute only $12 billion in GDP — fulfilling only about a quarter of both its jobs and GDP potential.

To realize its battery-building vision, Canada needs to be smart about where it focuses its efforts. The EV battery supply chain involves nine stages, from mining raw battery minerals, to assembling EVs, to recycling battery materials. And while Canada could do it all, a more effective strategy would double down on a few key stages where the opportunity is greatest.

Filling all of Canada’s existing vehicle assembly plants with EVs is one opportunity Canada should move on. A second is to build up more domestic battery cell manufacturing capacity — essentially the heart and soul of the battery supply chain. And a third opportunity — perhaps the most exciting — lies in turning Canada into a clean battery materials powerhouse by leveraging its critical mineral wealth, clean electricity advantage, and battery recycling leadership.

To make this vision a reality, Canada needs a national battery strategy and a plan to ready the industry’s critical workforce. We also require faster project approvals (slowness being an oft-cited competitive weakness of Canada), policies that encourage domestic demand for batteries, efforts to market Canada’s clean brand abroad, and investments aimed at growing homegrown Canadian companies in the space.

While that might sound like a tall order, it’s not an unrealistic one. Far more unrealistic would be a future scenario that imagined bottomless demand for oil and gas.

North America is undergoing an energy transformation unlike any we’ve seen before, and batteries will power this change. With enough clear-eyed ambition, Canada can build a battery supply chain to meet this once-in-a-generation opportunity.