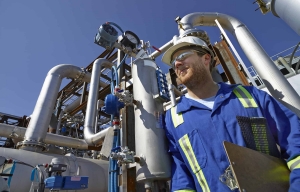 Canada’s energy sector: its future is often seen as foggy and facing inevitable decline. But the fossil fuel energy sector does not equal our entire energy sector.

Canada’s clean energy sector will employ 559,400 Canadians by 2030—in jobs like insulating homes, manufacturing electric buses, or maintaining wind farms. And while 50,000 jobs are likely to be lost in fossil fuels over the next decade, just over 160,000 will be created in clean energy—a net increase of 110,000 new energy jobs in Canada.

So finds Clean Energy Canada’s new report, The Fast Lane, modelled in collaboration with Navius Research. This future-looking study follows our historical analysis from May (Missing the Bigger Picture, which found 298,000 Canadians already employed in clean energy as of 2017) and provides a clear roadmap for Canada’s future.

When it comes to Canada’s energy future, there’s a fast lane called the clean energy sector, and a slow lane, fossil fuels.

Jobs in our clean energy sector are set to grow nearly four times faster than the Canadian average between 2020 and 2030, while jobs in our fossil fuel sector will decline half a percent annually over that period. Clean energy’s GDP contribution will also increase 3.4% a year, more than double the national average (1.5%).

But this future is modelled on policies that were in place earlier this year. The picture could change.

In Ontario, 6,000 jobs and half-a-billion dollars of investment are thought to have been lost after the government cancelled renewable energy projects. Without a federal plan that puts a price on carbon and provides electric car and energy efficiency rebates, Canada’s biggest province would have fallen even further behind on its climate efforts—not to mention job growth in its clean energy sector.

The world is transitioning. Canada can still be an energy leader in the decades ahead, but that future doesn’t exist without a strong clean energy sector—and a federal government after October’s election that chooses the fast lane.