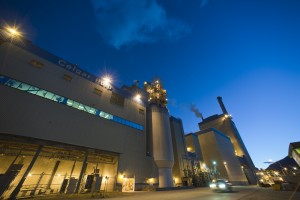 When imagining what will build and power a net-zero world, it’s hard not to contemplate the future of Canada’s largest export: crude oil. One might even conclude that the energy transition puts Canadian industry at a disadvantage.

The truth, fortunately, is that Canada has a number of advantages as global markets undergo this historic shift.

Our commodity exports are as vast and varied as the country itself: steel, wood, fertilizer, cement, minerals, some of which are already the world’s cleanest thanks to Canada’s electricity grid (now at 83 per cent emissions-free). All told, these heavy industries employ 300,000 Canadians, compared to 237,000 in oil and gas. And with our largest trading partners (the U.S., EU, and China) all committing to carbon neutrality, Canada’s low-carbon advantage means it’s ideally positioned to grow these industries alongside new ones.

In other words, far from being at a disadvantage, this is our race to lose.

And yet, while the EU and the U.K. have robust plans to better position their heavy industries in a transitioning world, Canada’s commendable climate efforts could do more for these vital sectors.

What’s currently missing? At a high level, an action plan for clean industry would pursue four additional avenues. First, a “Buy Clean” approach in which the federal government builds infrastructure with low-carbon materials and incentivizes other levels of government to do the same, thus increasing demand for competitively clean Canadian goods. Second, a landscape analysis of what a net-zero world needs and what Canada can supply. Third, investment and support for these well-positioned industries. And fourth and finally, when it comes to exports, Canada needs a rebrand.

We need to not only export low-carbon goods — but a new “Clean Canada” brand to the world. That won’t happen when pipelines keep dominating local headlines. If Canadians can’t see that their country is home to an abundance of clean energy and low-carbon goods, how can we expect other nations to notice?

Canada’s updated climate plan is a promising start. In addition to pricing pollution, it invests in making industrial facilities cleaner while spurring the use of low-carbon fuels.

But U.S. President Joe Biden’s commitment to a clean electricity grid and zero-emission vehicles — along with the cancellation of the Keystone XL pipeline — should be a wake-up call that Canada needs to rethink its export opportunities. The new Roadmap for a Renewed Partnership, unveiled in February, similarly centres our shared climate ambitions. If we want Biden’s “Buy American” approach to include an asterisk beside Canada, we must adapt to what this new administration wants more of (clean energy and low-carbon goods) and what it wants less of (fossil fuels and emissions-intensive products).

Luckily, Canada is well-positioned to capitalize on what’s been called the green economy supercycle, where sustainably produced energy and mineral prices soar. The production of certain minerals could increase by nearly 500 per cent over the next three decades to meet growing demand for clean technologies, according to the World Bank Group. Global steel demand, meanwhile, is projected to increase by up to 55 per cent; Canadian steel and aluminum are among the world’s cleanest and could be cleaner. Mining companies such as Vancouver-based Teck are also global leaders in copper production, while Canada is the world’s fifth-largest nickel producer — both key metals for electrifying transportation. And Albertan companies like E3 Metals and Summit Nanotech are finding ways to recover lithium from oil and gas sites.

But despite its relative advantages, heavy industry also represents a challenge in need of a solution: 11 per cent of Canada’s emissions come from heavy industry, and that’s excluding oil and gas (which by itself represents just over a quarter of all emissions in Canada).

Canada is one of 127 countries — together responsible for 63 per cent of global emissions — that have adopted or are considering net-zero targets. Alongside these national commitments, companies and investors are announcing their own net-zero goals. In short, the climate signal and the market signal are rapidly becoming one and the same.

And whether seen through a lens of climate action or economic resilience, heavy industry is the next frontier we must navigate.

This post was co-authored by Sarah Petrevan and originally appeared in iPolitics.