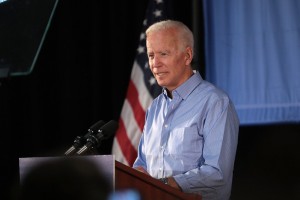 “The Biden administration put climate change at the centre of its campaign promise, and only a week after President Biden’s inauguration, his administration is delivering.

“Tackling the climate crisis requires all hands on deck. Recognizing this, Biden is introducing an ‘all of government approach’ by bringing together leaders from across 21 federal agencies, alongside a new White House Office of Domestic Climate Policy to lead the charge.

“This includes procuring only clean electricity for government departments, a step toward Biden’s campaign promise of running the entire country on clean electricity by 2035, as well as directing federal agencies to only buy zero-emission vehicles for their 645,000-strong fleet.

“This new agenda is an opportunity for Canada. We have plenty of clean power, which we already sell to California, New England and Minnesota, and we have the right natural resources. Canadian aluminium, a metal used in vehicle production, is the lowest-carbon in the world, while our cleantech sector is already making waves abroad.

“Canada is starting from a strong position, but the race is on, and we could still fall behind if we don’t act and ensure our sectors and exports are among the cleanest in the world. Our competition is stiff. The EU, China, South Korea: all are investing billions in clean products and resources that America, the biggest economy in the world, will need a lot more of.

“With a shared border and plenty of advantages in Canada’s favour, it’s our race to lose.”