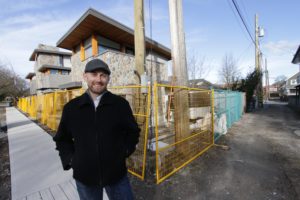 British Columbians have another opportunity to shape the province’s climate action priorities.

The B.C. government has just released a consultation guide and is looking for feedback on it before releasing a more detailed survey in the coming weeks. The consultation period runs until March 25.

It’s clear that British Columbians across the province stand to benefit from renewed climate leadership.

This is an important moment to weigh in, even if you already did in the first engagement process. British Columbia’s solid reputation for climate leadership is slowly being whittled away as the government shelved aspects of climate plan, like increasing the carbon tax. Since 2012, carbon pollution has increased in British Columbia, and that problem is projected to continue getting worse without new steps.

But this trend does not need to continue.

In November, the Climate Leadership Team delivered a comprehensive set of policies and programs that would reduce carbon pollution while keeping the B.C. economy strong. Adopting these recommendations would foster a growing, thriving economy that would be increasingly powered with clean, renewable energy over time.

It’s clear that British Columbians across the province stand to benefit from renewed climate leadership. Analysis we conducted last fall found that 270,000 new jobs would be created by 2025—including 54,000 in export industries like mining, forestry, manufacturing and natural gas—if the province took new action to cut carbon pollution. Meantime, the economy would grow by $46 billion. And adopting these recommendations could stimulate an additional $5 billion in new renewable energy development over the next decade.

The Climate Leadership Team recommendations include:

The B.C. government is waiting to hear from you on what to do with these recommendations. Renewed climate leadership and enduring economic prosperity are within reach, but it’s essential to take the actions now that will put our province securely on that path.

Thoughtful, well-informed input from British Columbians will help strengthen the province’s final plan and ensure that it reflects the values and actions that British Columbians support. Please take the time tell the government you want to see climate leadership remain a top priority for British Columbia in the years ahead. Your voice matters.