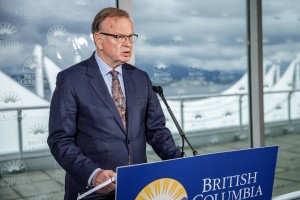 VICTORIA — Mark Zacharias, special advisor at Clean Energy Canada, made the following statement in response to the British Columbia government’s announcement of a new hydrogen strategy:

“B.C.’s abundant low-carbon electricity, innovative companies and skilled workforce position the province to compete globally in the growing clean hydrogen economy. As countries like Germany, the U.K., Saudia Arabia, and Australia direct significant investments into their respective clean hydrogen sectors, this global race is on, and B.C. will need the right strategy and the right investments to secure its competitive position.

“The hydrogen strategy’s focus on hard-to-decarbonize sectors—like commercial transportation and for industrial heat and feedstock in manufacturing—is the right one. We are also pleased to see a commitment to establishing ambitious carbon intensity targets and a regulatory framework for carbon capture and storage.

“B.C. is starting with serious advantages, including abundant low-cost clean electricity, a highly skilled workforce and existing infrastructure to export clean hydrogen. And yet B.C. risks being left behind without a coordinated effort between government and industry to seize the clean hydrogen opportunity.

“While B.C. is ideally positioned to produce blue hydrogen from its natural gas reserves, recent forecasts suggest that green hydrogen (made from electricity and water) will outcompete blue hydrogen on price as early as 2030. Blue hydrogen may help build out the clean hydrogen economy, but its long-term future is less certain. Ultimately, a competitive strategy is one that positions B.C.’s hydrogen industry, and the workers that will power it, to produce, utilize and eventually export the world’s cleanest hydrogen.”