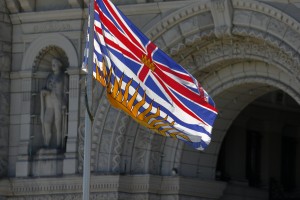 VANCOUVER — Merran Smith, executive director at Clean Energy Canada, made the following statement in response to the release of B.C.’s updated climate plan.

“The updated CleanBC roadmap is a concrete plan that would, for the first time, close B.C.’s emissions gap and hit our climate target—but only if implemented in a timely fashion.

“In particular, the new commitment to increase light-duty zero-emission vehicle sales to 26% by 2026, 90% by 2030 and 100% by 2035 positions B.C. among North American leaders. The plan would also develop medium- and heavy-duty vehicle requirements aligned with California’s, though specifics and timing will be crucial. Transportation has long been B.C.’s biggest source of pollution and remains a key focus area. Encouragingly, these updated vehicle targets reflect and build on B.C.’s success to date: more electric vehicles are now sold in the province than anywhere else in Canada.

“The roadmap also commits to capping oil and gas emissions and reducing these emissions over time. Details regarding how this will be achieved over the next six months will be critical as the sector is responsible for one-fifth of all emissions in the province. Regulations are essential for credibly demonstrating that this plan will meet its target.

“The B.C. economy of today is far removed from the economy of even a decade ago, and the last thing we need is an economic plan that doubles down on the status quo. With the release of today’s roadmap, B.C. has a once-in-a-generation opportunity to link its economic and climate goals ahead of the province’s forthcoming economic strategy.

“British Columbians felt the devastating impacts of climate change firsthand this summer, while jurisdictions around the world are transitioning to clean energy more quickly than ever. For the sake of protecting our communities and growing our economy, the new roadmap must become B.C.’s new reality imminently. Additionally, engaging with Indigenous peoples is critical to ensure success.

“We look forward to the provincial government’s implementation of this new plan—without delay. With 2030 fast approaching, the next six months will be crucial.”

Release | B.C. budget builds on its climate and economic plan, but could do more to seize net-zero opportunity

Poll | Most British Columbians are interested in buying an electric vehicle