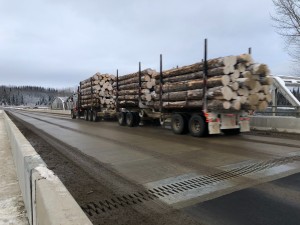 A Biden administration will undoubtedly mean wide-sweeping economic changes for the U.S. in the years ahead, but it also has big implications for how B.C. does business.

While America’s new climate-centric agenda has dominated headlines, it’s just the latest in a series of international climate commitments that are reshaping the global economy and driving demand for products and technologies that will help countries cut carbon.

Fortunately, thanks to its nearly fossil-fuel-free electricity grid, B.C. already produces many of the products the world needs to transition to a low-carbon economy. An analysis developed by the Business Council of British Columbia and the B.C. government shows that locally sourced aluminium, cement, copper, lumber, and steelmaking coal are all among the cleanest on the global market.

The story for Canada is similar: In addition to the above, Canadian iron ore, steel, cement and pulp and paper are among the world’s cleanest.

Despite this, Canada spends more than $7 billion annually on imported steel and aluminum, materials that are typically higher-carbon than domestic options. Here in B.C., the construction of the new Pattullo Bridge replacement, which will cross the Fraser River between New Westminster and Surrey, will not use low-carbon Canadian steel but imported steel from Asia.

B.C. finds itself in a situation where it imports higher-carbon products at the expense of B.C. and Canadian producers. What can be done about it?

California has shown us a path forward with its “buy clean” law that requires contractors bidding on state construction projects to disclose the carbon emissions in materials like glass and steel.

B.C. needs its own “buy clean” policy that sets standards for the amount of pollution that building materials can produce. Such a policy is key to supporting and growing both old and new industries, the jobs they create, and the communities that rely on them.

Not only does buying clean help the province fight climate change, it also gives B.C. businesses—which are often lower carbon compared to global competitors—a competitive advantage in their own backyard.

Lastly, this approach closes the “carbon loophole” —that is, emissions from producing and transporting goods and materials in jurisdictions with fewer or no regulations to curb pollution (and which bypass B.C.’s carbon price that applies to local manufacturers). Without closing this loophole, which accounts for up to a quarter of the world’s greenhouse gas emissions, B.C. and the rest of the world will struggle to combat climate change.

B.C. has already started down the “buy clean” path with efforts to promote the use of low-carbon wood and Portland limestone cement in government building and infrastructure projects.

Expanding these first steps into a comprehensive “buy clean” policy would help prevent B.C.’s world-class clean construction products from being undercut, while encouraging the growth of new, cleaner businesses, strengthening our long-term competitiveness.

Faced with a global market that is placing increasing value on clean materials, B.C. must do the same if it wants to catch the eye of our American neighbours while also cutting pollution. In short, it’s time for B.C. to buy clean.

This post was co-authored by Michael McSweeney, president of the Cement Association of Canada, and originally appeared in the April 2021 issue of the Business in Vancouver magazine.