Clean Energy Canada | B.C. budget builds on its climate and economic plan, but could do more to seize net-zero opportunity
April 20, 2021 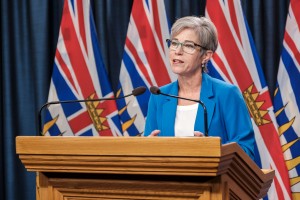 “Already, B.C. is home to a globally recognized cleantech sector. The $96 million invested in this sector alongside clean industry will help attract new innovators while incentivizing existing businesses to remain in the province—keeping jobs and economic benefits in B.C. for the long-term.

“The budget also designates $130 million for zero-emission vehicles, including key funding for the electrification of transport like school buses and ferries. We also welcome the continuation of B.C.’s electric vehicle rebate program but look forward to seeing how the rebate may be adjusted based on income and expanded to also include used EVs so that more British Columbians can access the benefits of going electric.

“The importance of cleaner, healthier communities is also recognized in the budget, with dollars destined for improving energy efficiency to help buildings waste less energy. Also to this end, the budget supports reducing diesel power use in remote and Indigenous communities through electrification.

“But as countries around the world ratchet up their climate ambitions, climate action and economic action are increasingly one and the same. Canada’s largest trading partners, like the U.S. and the EU, have recognized the huge economic opportunity in transitioning to a net-zero world—as did the federal government’s budget released yesterday. We would have liked to see greater recognition of this net-zero opportunity in B.C.’s economic plan.

“B.C.’s leading cleantech companies and clean electricity grid mean it has a huge competitive advantage, especially with Biden’s new climate-conscious America. The province already produces many of the goods needed for the net-zero transition, from forest products to the metals and minerals required for electric vehicles.

“But B.C.’s climate leadership to date does not guarantee future success. We look forward to seeing how the province will build on this budget and others to ensure it retains B.C.’s competitive edge.”

Key climate-related aspects of the budget include:

Poll | Most British Columbians are interested in buying an electric vehicle