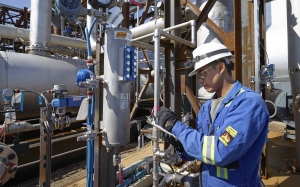 When it comes to our national identity, a few clichés come to mind: hockey, Timbits, and unnecessary apologies. Another defining characteristic of Canadians? We love talking about energy, from oil and gas to electricity prices and pipelines.

But these discussions are missing a big part of the picture. As of 2017, there were 298,000 people already employed in Canada’s clean energy sector — roughly equal to direct employment in the real estate sector.

And that number is getting bigger. Canada’s clean energy sector is on track to employ 559,400 Canadians by 2030, according to research from Clean Energy Canada and Navius Research.

The clean energy sector is made up of companies and jobs that reduce carbon pollution, whether by creating clean energy, helping move it, reducing energy consumption, or making low-carbon technologies.

The future of Canada’s energy sector

The sector is diverse, with careers across every province and many industries — from the electric school bus driver in Quebec to the insulator in Alberta. And while 50,000 jobs may be lost in fossil fuels over the next decade, just over 160,000 clean energy jobs will be created — a net increase of 110,000 new jobs.

In short, it’s the Canadian energy success story no one’s talking about The world is transitioning to a low-carbon future. The clean energy sector is already a key part of our economic engine, and it’s on track to be an even bigger part. Government leadership can ensure it lives up to that potential — and that Canada stays competitive as markets continue to shift in the greatest global race of our lifetimes.

So, yes, Canada, let’s talk energy, but let’s talk about the whole energy picture. Because a strong clean energy sector is a strong energy future.