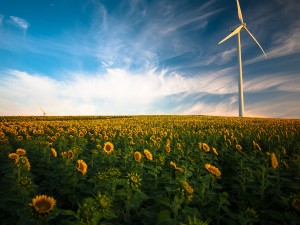 Clean Energy Canada announced today that, after 12 years as the organization’s Executive Director, Merran Smith will transition from her current role to a new leadership position: Founder and Chief Innovation Officer at Clean Energy Canada. Merran will also continue as a Fellow of Simon Fraser University’s Morris J. Wosk Centre for Dialogue.

Merran’s new role will allow her to connect with leaders from government, industry, labour and finance to develop new ways of linking economic and energy security with jobs and prosperity as Canada transitions to net zero. To do this, Merran will build on her past high-profile leadership contributions, including co-chairing the B.C. Climate Solutions Council and the national Generation Energy Council (initiated by Natural Resources Canada). She will also draw on her public profile: her regular appearances in national media led to her being named Simon Fraser University’s “newsmaker of the year” in 2019, and in 2020 she made Vancouver Magazine’s Power 50 list. She has also won Clean Energy BC’s Lifetime Achievement Award, the Vancouver Board of Trade’s Wendy McDonald Community Catalyst award, and the Clean 16 award for leadership in clean capitalism.

Mark Zacharias will become the new Executive Director of Clean Energy Canada effective April 18. Mark joined Clean Energy Canada in 2020 as a Special Advisor, building on his leadership in B.C. where he most recently served as Deputy Minister of Environment and Climate Change Strategy. His 25 years with the B.C. public service also included assistant deputy minister roles in various natural resources, education and innovation portfolios. Mark also brings his academic leadership to the table, holding a Fellowship in Simon Fraser University’s Morris J. Wosk Centre for Dialogue along with adjunct faculty appointments at the University of British Columbia and the University of Victoria. Mark holds a PhD in Zoology from the University of Guelph and has published extensively.

Mark lives in Victoria, B.C., with his partner Karen and son Sam. He is an avid surfer and enjoys most sports.

“I’m excited to lead Clean Energy Canada as we push this country to be a global leader in climate action, innovation, and building a competitive economy that benefits all Canadians. Clean Energy Canada’s purpose is to lay down the best possible path to a net-zero 2050—a path that is accelerated and ambitious, economically beneficial, and fair to everyone who lives in this country.”