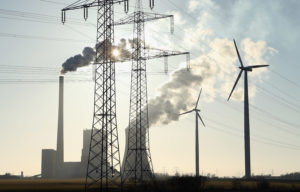 EDMONTON — The Government of Alberta announced today its plans to facilitate the transition away from coal-fired power. Dan Woynillowicz, policy director at Clean Energy Canada, made the following comments in response:

“Earlier this week the federal government announced that traditional coal-fired power plants would be phased out across Canada by 2030. That leaves provinces with coal-fired power—like Alberta—with two choices: plan for an orderly transition away from these power plants, or ensure they deploy carbon capture and storage technology.

“Previous governments in Alberta and Ottawa offered to provide a subsidy of $779 milliontoward the $ price tag for TransAlta’s proposed coal-fired carbon capture and storage project, but even with taxpayers shouldering more than half the cost, there wasn’t a viable business case and the project was shelved.

“The government is providing for a fair transition for coal-fired power generators using revenues from the province’s price on industrial carbon pollution, instead of adding the cost to Albertans’ power bills. This approach—coupled with support to deliver 30 per cent renewable electricity generation by 2030—is far more cost-effective relative to previous efforts to encourage carbon capture and storage for coal-fired power.

“A modern electricity system must be reliable, affordable and clean—and on these measures the Alberta government is delivering a responsible approach to transitioning away from coal-fired power.”

*The LUEC is used to estimate the comparative cost of several commercial generation technologies, by calculating the break-even cost of electricity over the lifetime of a project.