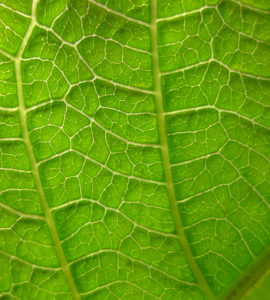 Every time you fill your vehicle’s tank, a portion of the fuel you buy comes from plants, not fossil fuels.

That’s because, since 2005, provincial and federal policies in Canada have required gasoline and diesel fuel to include some liquid biofuel.

Our latest research shows those policies are working. Biofuels adoption is up—accounting for five per cent of all gasoline and diesel used in Canada in 2014 (3.9 billion litres). That’s enough fuel to power 1.6 million cars in Canada over a year. These fuels also help cut carbon pollution: in 2014, biofuel use avoided carbon pollution by 4.3 million tonnes (on a life-cycle basis)—equivalent to taking one million cars off the road.

It’s good news, but there’s a catch: Canada will likely need more biofuels if it hopes to meet its climate targets, and that will require new and stronger policies. According to a report on Pathways to Deep Decarbonization in Canada, biofuels will need to grow from 5 per cent of our fuels to 20 per cent by 2030—and 90 per cent by 2050—if Canada stands a chance of meeting its long-term climate targets. That’s after pursuing a mix of solutions, like increasing electric vehicle use, expanding transit networks, designing more efficient cities and encouraging walking and biking.

The challenge is that most existing provincial and federal renewable fuel standards have already been met (the exceptions are B.C.’s low-carbon fuel standard and Ontario’s Greener Diesel requirement). So if Canada and its provinces want to see biofuel use grow as part of a mix of tools to reduce carbon pollution, governments will need to implement new and stronger policies to make it happen.

2. Support investment in low-carbon fuel production, use and innovation. Reducing transportation emissions will require a mix of fuels and technologies, some of which are not yet ready for commercial production. For example, significantly expanding biofuel use will likely require a shift to advanced biofuels. Since the final solution—or mix of solutions—is unknown, policies should be designed to provide a long-term greenhouse gas reduction signal. That signal must be complemented by targeted policies for specific approaches to develop sustainable biomass supplies, high-quality fuel production technologies, and efficient production and distribution systems

3. Support sustainability criteria for renewable fuels. A common concern about biofuel production is that will impact on other sustainability goals like food security and maintaining biodiversity. To mitigate this concern, governments can include sustainability criteria as part of renewable fuel standards. For example, The Energy Independence and Security Act of 2007 in the United States includes specific requirements for renewable biomass. The European Union’s Renewable Energy Directive also requires that compliant fuels not come from land with high biodiversity value and must have a verifiable chain of custody from the farm to fuel that requires reporting on issues such as food security, land conversion and labour practices. Alberta also requires that specific biofuel sources like palm not result in deforestation.

4. Ensure affordability of fuel supplies. Policies should be designed to avoid extremely high compliance costs, which would translate into high fuel costs. To help keep costs reasonable, regulations can use market mechanisms like credit trading to ensure the lowest-cost solutions are implemented first. Governments can also set a price ceiling with unlimited credits. For example, B.C.’s low-carbon fuel standard includes both a trading system and unlimited compliance credits at $200 per tonne CO2eq.

5. Improve compliance data reporting and transparency. It’s challenging to assess how effective biofuel policies are when the compliance and reporting requirements vary across jurisdictions in Canada. Transparent and consistent data would help regulators identify and adopt the most effective policies. Policy compliance should be reported quarterly with all fuel volumes, feedstocks, carbon intensities, and estimates of carbon pollution for each fuel type.

Biofuels have and will continue to play a role in reducing transportation-related emissions—complementing other strategies to clean up our vehicles, fuels and other options for getting around.

As governments across Canada work to drive down carbon pollution, we hope they will consider these policy principles when designing the next generation of renewable fuel requirements.

For more information on our analysis and research see Biofuels in Canada: Tracking progress in tackling greenhouse gas emissions from transportation fuels.